CAA-Québec - Take advantage of free public transit on April 22!: "The Avec un ami (with a friend) initiative, proposed by Quebec Earth Day, is a first-of-its-kind campaign across Quebec to promote public transit use. Eleven Quebec transit networks are offering people the chance to try their services free of charge on Earth Day, April 22."
at 12:56 PM No comments: 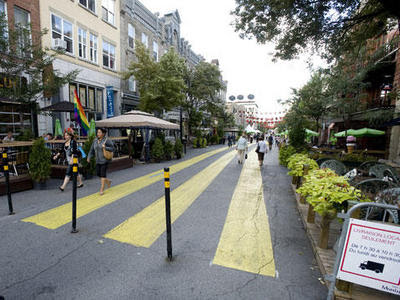 I'll admit it - I have a political crush on NDPer Megan Leslie (who's running for re-election in Halifax). Why?
But, most of all, she's running a carbon-neutral campaign that includes transit, cycling and carsharing. It's nice to see someone who actually gets it - how we do the work matters as much as the work we're doing. I look forward to the day when this is the norm, not the exception. Until then, I'll work on convincing people that I'm not a saint just because I use Calgary Transit to get to work-related events, ok? (I'll point out the other reasons instead, hehe.)


**Bonus points for her reference of climate-change discussions in this election campaign as an "issue of inter-generational equity" because, really, isn't it?